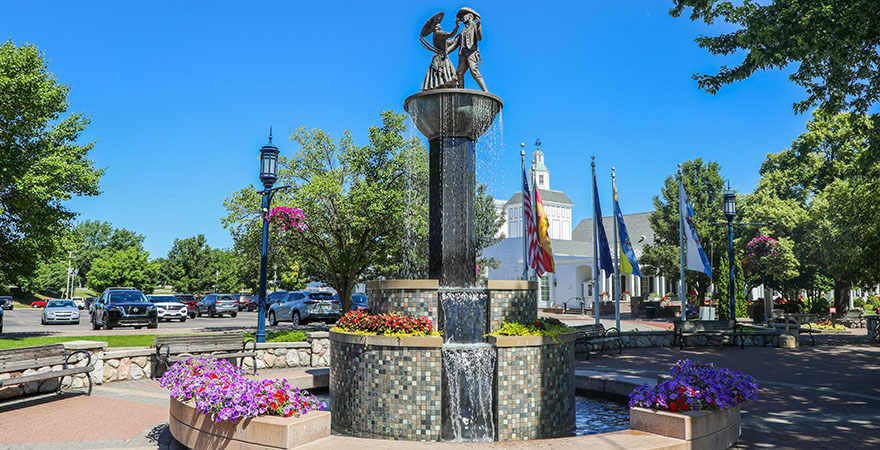 It was President Eisenhower who in 1956, in an effort to build relationships and bring people together across the world, initiated the People to People program. By 1962, Frankenmuth, recognizing the strong cultural, Christian and ancestral heritage, invited Gunzenhausen, Germany to unite with Frankenmuth as sister cities. Gunzenhausen is located in the Middle Franken region of Germany in the State of Bavaria where many of the original settlers of Frankenmuth came from.

The city of Gunzenhausen enthusiastically and unanimously agreed to join Frankenmuth on February 15th, 1962. By September of 1962, a group of 80 Frankenmuth residents boarded a plane in Detroit and headed to Germany, many to see relatives for the first time, 117 years after the 1845 founding of Frankenmuth.

Over the years, the relationship and friendships blossomed on both sides of the Atlantic. Groups from Frankenmuth and Gunzenhausen traveled often. A student exchange program was initiated. Businesses and city government in both cities sponsored internships. Each city has recognized the relationship through naming of streets, planting of trees, and dedication of parks. In 2012, in recognition of the 50th anniversary of the relationship, Frankenmuth dedicated Gunzenhausen Platz, featuring a central fountain; just to the south of Zehnder’s.

The 60th anniversary of the sister cities was celebrated in June of this year. A group of about 30 Gunzenhausen representatives, many now dear friends of many in Frankenmuth, came to celebrate during the Frankenmuth Bavarian Festival.

We are proud of this long relationship with our friends in Gunzenhausen and look forward to strengthening this partnership. Congratulations to the Winner of the Suzann Pettersen Qualifier!